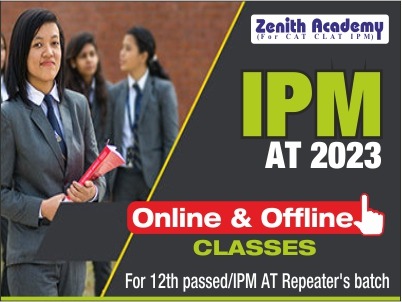 ‘Agniveers’ can apply for regular employment after four years, may get priority for jobs in other government departments

Defence Minister Rajnath Singh on Tuesday announced the “Agnipath” scheme, as approved by the Union Cabinet, for recruitment of youth in the armed forces for four years. The process of recruitment will commence in 90 days with a planned intake of about 46,000 young men and women this year. This will be the only form of recruitment of soldiers into the three defence services hereon.

Mr. Singh said the scheme was aimed at strengthening national security and also for providing an opportunity to the youth to serve in the armed forces. Recruits under the scheme will be known as “Agniveers”. After completing their four-year service, they can apply for regular employment in the armed forces. They may be given priority over others for various jobs in other government departments.

The move is expected to decrease the average age profile of armed forces personnel from the current 32 years to 24-26 years over a period of time, Lieutenant General Anil Puri, Additional Secretary, Department of Military Affairs, said.

Enrolment to all three services will be through a centralised online system, with special rallies and campus interviews at recognised technical institutes such as the Industrial Training Institutes, and the National Skills Qualifications Framework, Lt. Gen. Puri explained. Recruitment will be carried out on an ‘All India All Class’ basis with the eligibility age ranging from 17.5 to 21 years, with medical and physical fitness standards in accordance with existing norms. The required educational qualification will be Class X-XII.

The “Agniveers” will received an annual package of ₹4.76 lakh in the first year to ₹6.92 lakh in the fourth year, apart from risk and hardship and other allowances as applicable. Under the “Seva Nidhi” package (which is exempt from Income Tax), they will receive about ₹11.71 lakh, including contribution and interest, on completion of service. The recruits will have to contribute 30% of their monthly emoluments to Seva Nidhi, with a matching contribution made by the government. There will be no entitlement to gratuity and pensionary benefits under the scheme. However, the “Agniveers” will be provided non-contributory life insurance cover of ₹48 lakh during their service.

In case of death attributable to service, apart from over ₹1 crore, which will include the “Seva Nidhi” package, full pay for the unserved period will be given. In the case of disability attributable to service, a provision of up to ₹44 lakh based on the percentage of disability, apart from full pay for the unserved period, including “Seva Nidhi” with interest as applicable, has been made.

Upon completion of four years of service, based on organisational requirements and the existing policies of the armed forces, the “Agniveers” will be able to apply for permanent enrolment. Up to 25% of each batch will be enrolled as regular cadre, Lt. Gen. Puri said, and those selected would be required to serve for a further minimum period of 15 years.

The government said the dividends of short military service to the nation, society and the youth of the nation were immense. “This includes inculcation of patriotism, team work, enhancement of physical fitness, ingrained loyalty for the country and availability of trained personnel to boost national security in times of external threats, internal threats and natural disasters,” it said in a statement.

'Agniveers', the soldiers recruited in the Army, Navy and the Air Force on short-term contract under a special 'Agnipath' scheme, will get priority in recruitment to the Central Armed Police Forces (CAPFs) and Assam Rifles, the Union Home Ministry announced on Wednesday.

It said those who complete four years of service under the scheme would be given priority in the recruitment process.

The government on Tuesday unveiled this transformative scheme, in a major overhaul of the decades-old selection process to bring in fitter and younger troops to deal with future security challenges facing the nation.

Under the scheme, around 46,000 soldiers will be recruited this year between the ages of 17 and a half years and 21 years into the three services, the Defence Ministry said.