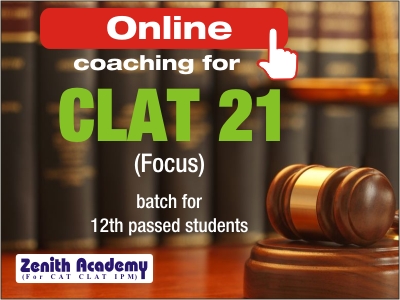 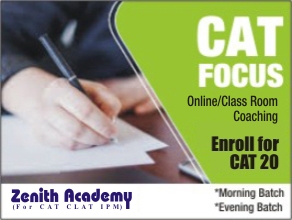 Polls amid COVID-19: Govt enhances expenditure limit of candidates
The poll spending limit for candidates contesting Lok Sabha and assembly elections has been enhanced by 10 per cent based on the recommendation of the Election Commission that contestants be allowed to spend more on campaigning keeping in mind difficulties they may face due to COVID-19 curbs.

India in 'extremely comfortable position' in terms of oxygen availability: Health Ministry
New Delhi: There has been no scarcity in oxygen supply in the last 10 months with the daily production capacity enhanced to 6,862 metric tonnes by Sept and projected to further increase to 7,191 metric tonnes by the end of October, the Health Ministry said on Tuesday.

Campaigning for LAHDC Leh polls ends; voting on Thursday
The campaigning for elections to the Ladakh Autonomous Hill Development Council (LAHDC) Leh ended on Tuesday evening, 48 hours before the first democratic exercise in the region which was carved out of the erstwhile Jammu and Kashmir state and granted Union Territory status last year.

Delhi's air quality improves marginally as wind speed picks up, likely to turn 'very poor' by Wednesday
Pollution levels dipped slightly in the national capital on Tuesday morning due to favourable wind speed, though the air quality was still in the "poor" category.

Trump says Sudan to be removed from terrorism list
President Donald Trump on Monday said Sudan will be removed from the US list of state sponsors of terrorism if it follows through on its pledge to pay USD 335 million to American terror victims and their families, but some hurt in the attacks weren''t happy with the deal.

Taiwan, China trade accusations after staffers fight in Fiji
China and Taiwan traded accusations Monday over a violent altercation that broke out between Chinese diplomats and Taiwan government employees at a recent Taiwan National Day reception in Fiji.

Rupee falls 12 paise on dollar buying by banks, fiscal concerns
Mumbai: The rupee on Tuesday depreciated by 12 paise to close at 73.49 against the US currency due to dollar buying by state-run banks amid increased forex infolws.

Spending intent likely to be below average this Diwali: Survey

Even as brands are betting big on Diwali to light up their sales, a survey has shown below-average spending propensity among urban Indians this festive season with nearly 50 per cent respondents agreeing of being careful about their finances.

The rupee opened on a flat note and inched 2 paise higher to 73.35 against the US dollar in early trade on Tuesday, even as the domestic equity market was trading with gains.

Wipro bags five-year deal from Fortum
IT services major Wipro on Tuesday said it has bagged an application management (AMS) and services integration and management (SIAM) contract from Fortum, a clean-energy company headquartered in Espoo, Finland.

Court refuses to confirm bail of ZP official in agitation case
A court here in Maharashtra has refused to confirm the bail granted by a magistrate court to Palghar Zilla Parishad vice president Nilesh Sambre in a case of an agitation led by him in August against poor condition of roads in the district.

Everybody wanted this love story between a rebel and a conservative to work: Kajol on DDLJ'
Mumbai: Bollywood star Kajol considers Dilwale Dulhania Le Jayenge a special movie in her career, one that made everyone fall in love with Raj and Simran and is relatable even today.

Deepti Naval undergoes angioplasty, says she's fine now
Veteran actor Deepti Naval, who underwent a angioplasty at a hospital in Mohali on Monday, said she was discharged from the medical facility on Tuesday and is "perfectly fine now".

Twitter India launches emoji to mark 25 years of 'Dilwale Dulhania Le Jayenge'
Twitter India on Tuesday launched a special emoji to celebrate 25 years of "Dilwale Dulhania Le Jayenge", one of the biggest hits in Hindi cinema. Backed by Yash Raj Films, "DDLJ", as it came to be known by, was the directorial debut of filmmaker Aditya Chopra. The romance drama, which released on October 20, 1995, propelled Shah Rukh Khan and Kajol to stardom and made them one of the most loved onscreen pairs. To celebrate the occasion, Khan and Kajol changed their names on Twitter to their iconic characters: Raj Malhotra and Simran Singh.

Happy to play wherever team requires me: Buttler
Abu Dhabi: England batsman Jos Buttler says he does not mind batting in the middle order for Rajasthan Royals in the Indian Premier League if his team requires him to do so.

Buttler can win games likes ABD, Pollard: Steve Smith
Abu Dhabi: Jos Buttler is second to none when it comes to winning games at the back-end, said Rajasthan Royals skipper Steve Smith, likening the English batsman to swashbucklers-par-excellence such as AB de Villiers and Kieron Pollard.

Virus-hit Genoa manages 0-0 draw at Verona in Serie A
Genoa managed to draw at Hellas Verona 0-0 in Serie A despite missing seven players who have the coronavirus.